The Wii’s a great console, but the video has to get to your display somehow. And with so many options out there, which do you choose? This guide will touch on all of the main ones, to try and help you figure out which is best for you.

The Wii has a proprietary AV out port on the back. On the original RVL-001 model and the RVL-101 “Family Edition” model, this port is capable of outputting up to 480p. It takes the digital signal from the Wii GPU and converts it to analog, which it outputs. On the RVL-201 model, also known as the Wii Mini, this port is only capable of outputting up to 480i, though it can be modded to support 480p output.

You might be wondering what the difference is between 480i and 480p. The i stands for Interlaced, and the p stands for Progressive Scan. When an image is interlaced, only part of the image is shown on the screen at a time, then it shows the other part. This switching is done faster than the naked eye can see, so it’s not really noticeable unless watching something really fast. With progressive scan, the entire image is shown at once, so even when watching something fast, the image is smooth.

Unfortunately, the Wii’s 480p output isn’t as good as true 480p, even though it’s not too easy to notice. Older Wiis tend to have a worse 480p output than newer Wiis, and even the newer Wiis aren’t perfect.

Now, on to the various options for video output:

Composite video uses RCA cables (yellow-red-white), and that is what the Wii comes with in the box. One end of the cable is the proprietary AV port for the Wii, and the other end is the standard RCA plugs. Sure, it’s good enough to use, but out of all the options, composite is the worst, as it has a max resolution of 480i.

This is what a composite port on a display would most likely look like: 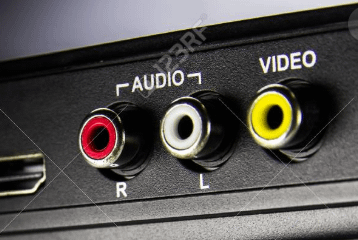 This is what a component port on a display would look like: 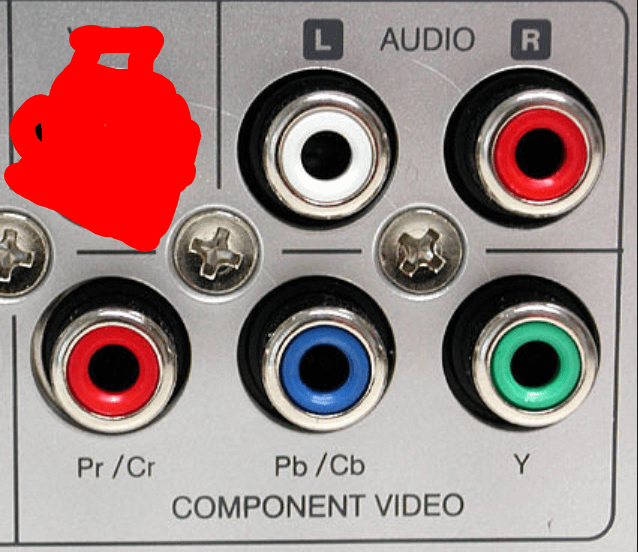 This is only used in PAL regions, so if you have an NTSC Wii, you don’t need to worry about this.

SCART is very similar to component, but it outputs video at 576i as is used on PAL Wiis. SCART cables, like component cables, are not included with the Wii and must be bought separately.

Now, it’s time to venture into the unofficial methods

This is by far the most common HDMI solution used for the Wii. However, it’s not really the best. Wii2HDMI isn’t patented or anything, and as such there are about a million different ones out there, and the quality is pretty low among them all. They can have all kinds of problems including bad video, bad audio, or both. The Wii2HDMI plugs into the Wii AV out port, and converts the analog 480p output from the port to a digital HDMI signal. 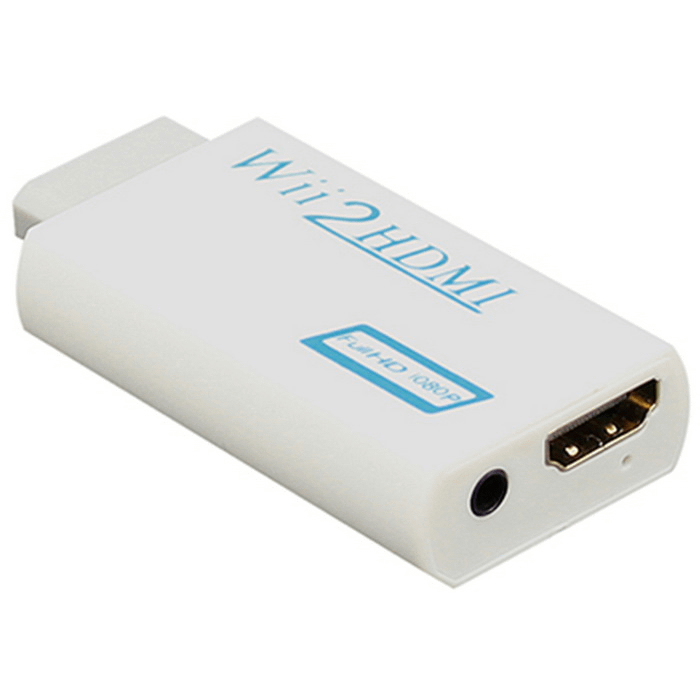 If you’re looking for something pretty cheap and don’t mind some issues, this may not be a bad option.

The component to HDMI adapter is one of the better options out there. It is similar to the Wii2HDMI, except instead of plugging directly into the Wii, it plugs into the component cables coming out of the Wii. It outputs at 480p. These generally have less issues, and while they are a bit more expensive and require extra power, it is definitely worth it. Some of them also tend to do a little bit (but not too much) of upscaling.

Here is an example of a component to HDMI adapter: 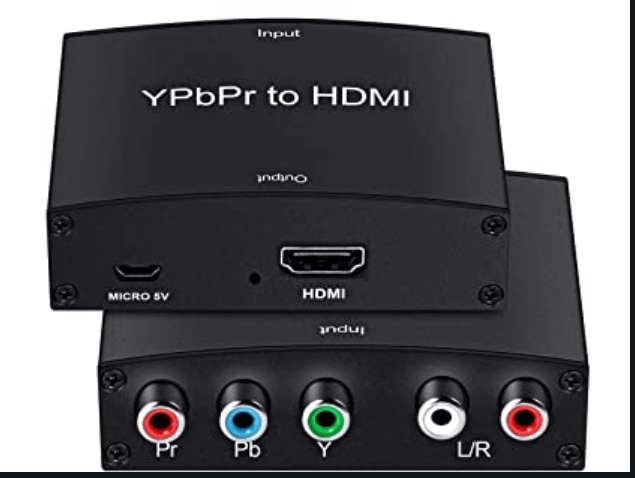 Overall, this is what I’d recommend to anyone looking for a way to use their Wii over HDMI.

This is the cream of the crop. The WiiDual is a hardmod that not only makes the Wii output in true 480p, it adds an actual HDMI port to the Wii that is digital to digital. It’s very involved, but for some, it may be worth it. It also allows you to output through HDMI and component at the same time. Unfortunately, you can’t get your hands on a WiiDual kit at the moment, but they will eventually be back.

This is what a Wii with the WiiDual installed looks like (notice the HDMI port near the USB ports:

The WiiDual is something I’d only recommend if you’re a big videophile or you absolutely need both video ports. Otherwise, there are more reasonable options out there.

I hope this post helps you if you’re looking for a video solution for your Wii.